Swift is a modern programming language for Apple devices. You can use the language to create native apps for various platforms. Our swift development services prioritize functionality, speed, and security above everything else. It’s no surprise that mobile users have a lot of expectations for everything Apple-related. We carry that knowledge with us throughout the swift app development process. 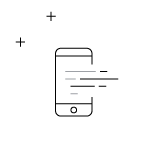 Swift is crucial for enterprise-wide platforms. We deliver applications compatible with your services, and accessible on iPhone, iPad and iMac. There are no limitations to our Swift development process.

You may also need to port an application to Swift for Apple OS compatibility. The problem is that without expertise, the process can slow down your business operations. We develop and execute a strategy based on the target platform and give you a bug-free product. 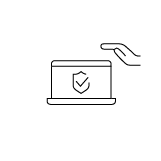 The brains behind our support team work hard to monitor and optimize your systems, reducing downtime and fixing performance errors before they ever interrupt the user.

Rigorous app testing is one of our foundational processes. Before a product is declared ready, our QA team puts it through the wringer to determine any flaws, debug and optimize the project.

As a Flutter development company, we can create apps for both Android and iOS simultaneously. With a single code base, we create identical interfaces across both mobile platforms. The apps are also highly customizable, and each product can have it’s own unique look and feel.

In a study by StackOverflow, Swift ranked as the 6th most loved programming language behind Python and TypeScript, and it’s not difficult to see why. A swift development company, no doubt, has to tackle massive challenges when developing a product. But the language itself makes the journey faster and more worthwhile.

Here are a few of the benefits of the Swift programming language.

Any programmer can contribute to Swift, fix bugs, add new features, and share knowledge with others. Think of it as indirectly having an army of competent developers on your team. Everyone who uses Swift can make meaningful contributions to its overall functionality.

It’s not called Swift because the name is catchy — apps running on Swift are 2.6 times faster than Objective C and 8.4 times faster on Python 2.7.

All the details we’ve highlighted about the Swift system come into play when we’re developing an app.

Our first step is always to determine the scope of the project. Here we define your expectations and business goals in relation to the application. We also find out if any apps have similar functions to what you want to create. With enough information, we can accurately estimate the project scope and start a backlog.

Then you can leave the work to us. You can think of the next step as Swift outsourcing, where we develop your ideas into systems that you and your business can use.

Before bringing the app to you, we put it through quality assurance testing. QA testing helps make sure the project works exactly as it’s supposed to.

As a swift development company, we handle all of that, and more. We’ll help you launch your app, and we continue to maintain it, making sure it’s useful and pleasing to your users.

Now let’s talk a little about the advantages of hiring a swift development company. These features of Swift will feed directly into how smoothly your final product runs.

Swift is very similar to the Objective C programming language, and it’s thus, highly compatible. So we could write code in Swift and easily use it in Objective C, and Vise Versa. This becomes useful when you’re trying to port an application or platform from Objective C to Swift. We could also use Objective C APIs during development, and that gives your project more versatility.

Maintaining code is challenging in many ways. But hire a Swift developer, and they can debug your application and get it running in no time at all. While developer skill comes in handy, Swift is also easy to maintain. With other languages like Objective C, we need to maintain two code files. But Swift has both integrated into a single file, simplifying the process.

Even though it was developed for Apple OS, Swift is supported by different devices, including Linux and Windows. In a recent announcement by Google, plans are in the works to integrate Swift to Google’s own operating system, Fuschia.

How to Get Your App on the App Store

Find us on Clutch

Don’t just take our word for it; take a look at our profile on the world’s largest B2B reviews site, Clutch, to see what others are saying about us and how we work. Our attention to detail and highly effective project management have ensured our partners’ business success and happy clients.

Are you looking for a tech partner? Searching for a new job? Or do you simply have any feedback that you’d like to share with our team? Whatever brings you to us, we’ll do our best to help you. Don’t hesitate and drop us a message!